Speaking of the event, Keegan – who plays Weatherfield’s Tina McIntyre – said: “Rockaoke is going to be so much fun and I can’t wait to see all the various stars performing and enjoying the night.

“I’ve not decided what I will sing yet, but it will probably be a pop song with a rock edge – and I might have to rope in a friend or two for moral support!

“BLESMA is an underfunded but vital armed forces charity that really needs some help,” she continued. “I know someone who serves with 11 EOD REGT RLC Bomb Disposal Unit in Afghanistan and every day he risks his health and life. He told me just how much this charity needs help so I was more than happy to do what I can.”

She added: “Macmillan Cancer Support improves the lives of people affected by cancer. They provide practical, medical and financial support and push for better cancer care. This is a charity very close to my heart.”

Charity Celebrity Rockaoke will be held at Moho Live in Manchester on Tuesday, December 8 from 8pm. Tickets are available online from Skiddle, Ticketline and SeeTickets. 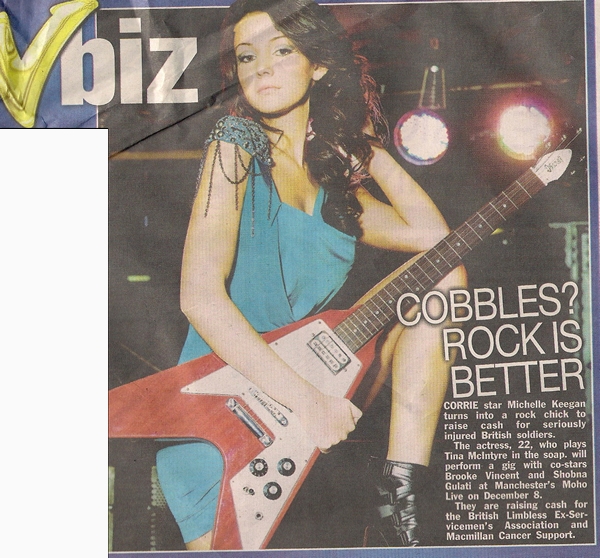