“…the most fun you can have without getting arrested” – The Times

…their own brand of exuberance and style to club nights and residencies at some of the leading UK nightclubs and bars. Having established successful ROCKAOKE NIGHTS in central London over the past 8 years at venues like Punk, Proud, AAA, and Cuckoo Club, they are currently storming monthly fridays at Star of Kings, Kings Cross and Tooting Tram & Social along with monthly thursdays at The Phoenix, Cavendish Square and London Cocktail Club, Shoreditch.

ROCKAOKE NIGHTS were launched in summer 2006 at Manumission’s Bar M in San Antonio, Ibiza, where IBIZA ROCKAOKE was resident over that summer. The first London ROCKAOKE NIGHT was at Zoo Bar on 29th march 2007.

Outside London, the band have played regular ROCKAOKE NIGHTS in Cardiff, Leeds, Southampton, Glasgow, Edinburgh, Belfast and of course their hometown Sheffield – where it all started in 2003.

ROCKAOKE have performed several times at the Cavern Club, Liverpool. Imagine jumping onstage with a live band to sing a Beatles song at the Cavern…!

ROCKAOKE are regularly booked by the UKs biggest promoters, such as Guilty Pleasures, Propaganda and Club de Fromage, to bring added zest to already fruity nights. 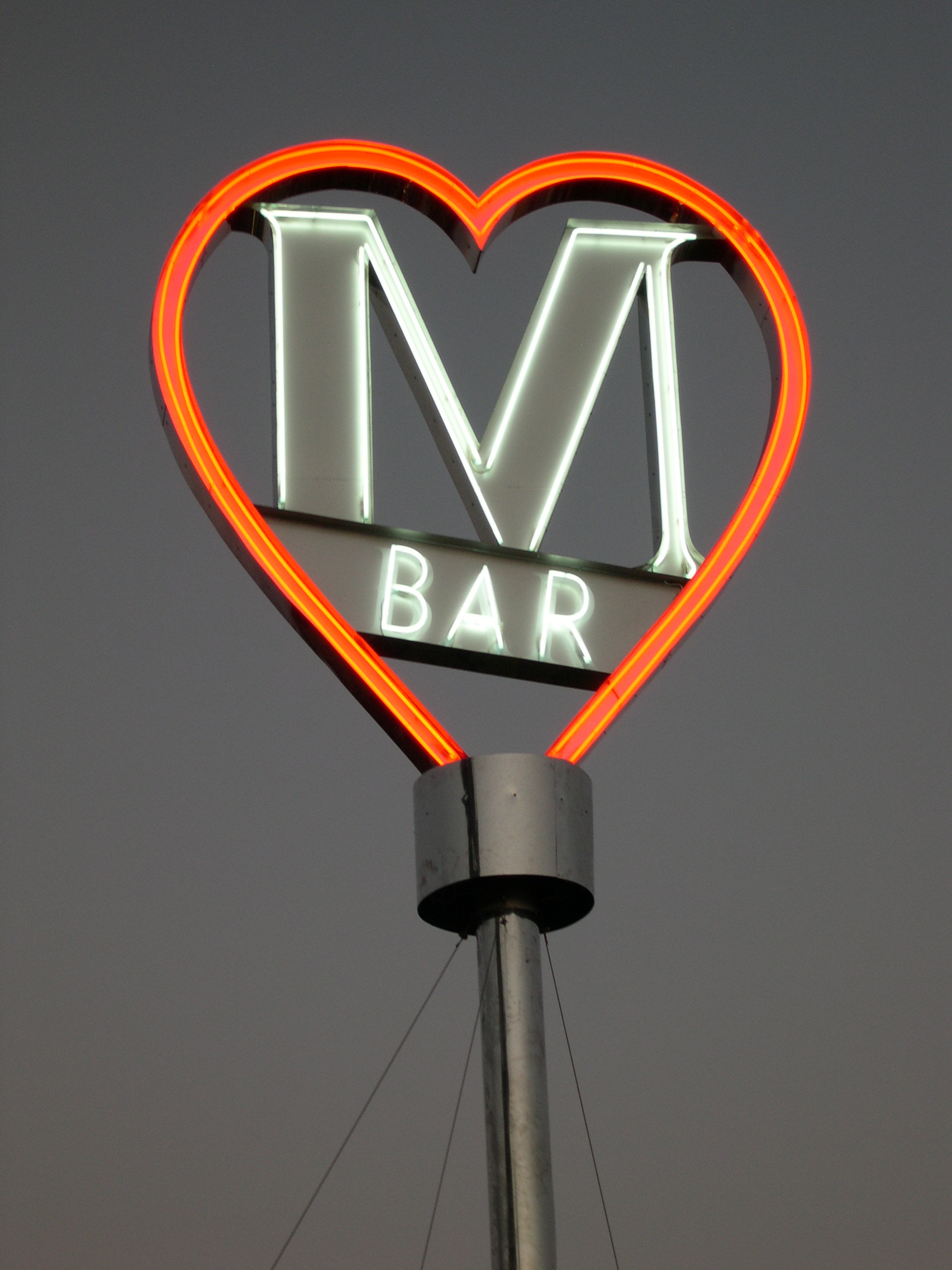 I'm In The Band 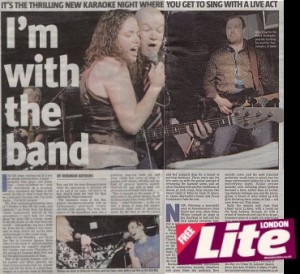 I’m on stage, staring out at a sea of sweaty, excited faces. A band – guitarist, bass player and drummer – tunes up behind me. I grip the microphone as a booming voice announces my name to the crowd. So this is what it feels like to be a rock star. I’m Joan Jett, I’m Janis Joplin… I’m Avril Lavigne!

Summer With A Twist 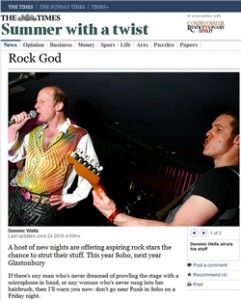 “ROCKAOKE NIGHTS are offering aspiring rock stars the chance to strut their stuff. This year SOHO, next year GLASTO…”

THE TIMES’ roving rock star / reporter Dominic Wells recently took to the stage with ROCKAOKE @ PUNK, Soho. Click here to read about how it went in THE TIMES ONLINE.

“..the Rockaoke night is the most fun you can have without getting arrested…”

See gigs page for forthcoming ROCKAOKE NIGHTS at a venue near you. You can also jump the queue by signing up to sing online @ www.rockaokenights.com.

look out for upcoming rockaoke nights near you…

“The night at AAA has become my most successful club night both in turnover / numbers and value for money. We take more bookings for ROCKAOKE than any other night!” – Mark Burrage, owner, AAA Kensington

some our favourite videos from ROCKAOKE nights

Some of our favourite photos from ROCKAOKE nights .

ROCKAOKE were regulars at Punk, Soho between 2008 and 2012. Another venue Read More

The London Cocktail Club have had the pleasure of working together with the Rockaoke team for over a year. To quote Time Out they are one of “The best wtf experience in London!!”. There are few people who manage to create such an amazing rock n’roll atmosphere. Guests always leaving the bar shouting “See you next time!!” .  They are amazing for business and a very talented, golden team who are all great to work with!

We have been hosting Rockaoke events monthly for five years now. It brings an awesome crowd that have a great night. The best thing about Rockaoke is that even if you aren’t brave enough to get up on the stage the crowd sings along and enjoys themselves anyway so everyone enjoys the fun. The guys are super organised and easy to work with and we always look forward to welcoming them here.

At GP events we always love to get the audience involved, so when we started working with Rockaoke it was a marriage made in heaven !!!! they came they played they rocked !!!!!

Take one cool but essentially late night West End venue, make the decision to open early evening, add a generous helping of Rockaoke and blend with some clever marketing to local businesses, friend and neighbours…….

The result……..the most high energy, entertaining rollercoaster ride of an event, where everyone parties hard……everyone’s a rock n’ pop star…and everyone keeps coming back!! Rockaoke has been a total success @ Punk, thanks to the hard work, dedication and professionalism of all those involved….and the incredible entertainment that the boys offer each time they perform!

Rockaoke have spent the past 2 years rocking the socks of Karaoke Box visitors on a fortnightly basis. The boys ( and girl) bring endless energy, enthusiasm and awesome rock and roll entertainment to Farringdon everytime they play. They are flexible and accomodating to all want to be rock stars and never fail to give 110% whatever the size of the crowd. Their unwavering passion for helping people live the dream has helped us to build a successful Wednesday night over the past two years which bring new faces into the venue and give us a good platform to develop long term relationships with local businesses. Rockaoke have also been very supportive with a number of charity initiatives in the past year which just goes to show that not only are they great rockers but they are also great people.

TNT – Here We Are Now, Entertain Us!

Playing at the AAA at Archangel on the first and third Friday of every month, Rockaoke is the UK’s original, best and, well, only specialist live karaoke band, giving people the chance to ‘live the dream’ up on the stage with the backing of a full live band. Unique among the karaoke bars, Rockaoke has been […]

#YOLOndon feature in TIME OUT London – 11th march 2014. We couldn’t have said it any better ourselves…!!! “Londoners, are you living? I mean, really living? Well, it’s high time you started and to kick you off, this week’s issue of Time Out Magazine is dedicated to the lost art of YOLOing. Yep, you may well be […]

ELLE UK – 5 of the Best Karaoke Experiences in London

ELLEUK.COM’s guide to their Five Best Karaoke Experiences in London …with ROCKAOKE at #1 Whether you monopolise the microphone or you’re a closet crooner, we’ve tracked down five of the best karaoke nights in London. 1) Rockaoke This is karaoke taken to the next level and the perfect option for a private party with a […]

The Book – Rebels Without A Cause

do you want to book your own rockaoke night?

Please CONTACT US for more info and to enquire about hiring ROCKAOKE.